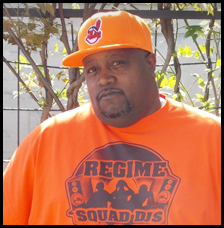 I used to play bass guitar as a young man, sang The Jackson 5 songs and others. That was 1972 til the 1980s I was named Eldog from a close friend who was murdered. so I kept the name. (It's my middle name, on my 1979 John Hay diploma).

When I was in the Navy for a brief moment, I heard the Sugar Hill Gang in Chicago 1979.

They were not playing it yet in Cleveland, when I came home. Hip hop hit the airwaves, it was new we loved it.

WDMT FM 108 Cleveland djs, mixing live on the radio, caught my attention. The garage bands, that I was playing with fizzled. One day I hooked my moms component set ,to my bass amp, it sounded so good. I got some used equipment, from the pond shop.

I learned how to dj listening to the radio djs mix records, and going out to see the Cleveland djs.

I recorded the mix shows, emulated what I heard, practice and practice, until I had got good enough, to go out and do it myself as Dj Eldog. 1979 is when I started trying to be a dj, I wasn't good until the early 80s. I started producing music, taught others, and Avenue Productions was born. Later network with other djs, competed in battles also taught one of my sons, joined Nerve djs when we went digital.

I'm formerly a Dynasty dj and now a Regime Squad dj with a outstanding crew in 3 citys Cleveland Atlanta and Charlotte. 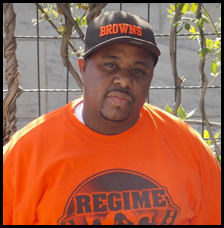 Andre White a.k.a. DJ Drť Day has been around music his whole life. Born in the 60's and growing up in the 70's, he was a direct product of the Motown music era. Exposed to all kinds of music, it was only natural that he would become a musician, playing lead and bass guitar and his favorite instrument, the drums.

It wasn't until high school that he would pick up the hobby of Djing. He, along with his high school buddy Travis would join forces and dubbed themselves the Twins Of Spin, taking a line from a then famous song by Dr.Jekyll & Mr. Hyde called "Genius Rap". They were known around the way for rocking High School dances and local parties.

His early DJ influences were Grandmaster Flash and Jam Master Jay. And he was later influenced by DJ Jazzy Jeff, who till this day, is his all time favorite. He would stop DJing around '86, but the love for it was still in his heart as he would help and teach some of the younger guys in the the hood the art. One of which is still Djing professionally today, his little brother DJ Ju.

Although he would stop DJing, he would still be involved in music in some capacity, playing drums, making beats, doing production and engineering work at Masterwerks Studio under the tutelage of studio owner "EQ". It was there where he would meet a host of Cleveland music legends including Regime Squad founder DJ Centipede.

He would eventually follow another of his passions of cutting hair and become a professional barber in the'93. His livelyhood till this day.

His love for music and the art of Djing would lead him back to it in '08. In that span, he has gained a solid following and continues to be blessed and busy with work. His initial mixtape entitled "Don't Call It A Comeback" continues to be a fan favorite and hot seller. It was tracked by fellow Regime Squad member DJ El Dog, whom he formed a great friendship which led to a collaboration entitled "Old Skool Kollabo", which is also a fan favorite. He takes extreme pride in his craft and loves knowing that when the crowd is rocking, it's because if him. 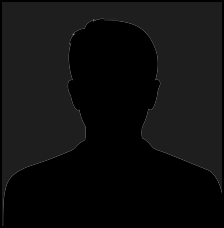 Jackie L Cunningham..AKA DJ Jack C,,,Originally from Cleveland Ohio, Started my love for DJn in 1980....Started doing house parties in 1983 AKA Bedford Hts DJ....Worked at Southgate Skates for a few years part time with Kenae Anderson who was also a jock from 93 fm WZAK... Iwon my first DJ contest on the West Side of Cleveland back in 1986.

I also DJd most of the parties from around the surrounding area until 1987...Launched a career in the US Navy...DJn down in MS, Ala and Fla for Army, Navy and Air Force bases along the Gulf Coast for my whole military career spinning for numerous weddings, corporate and military events, private parties...also winning my 2nd DJ contest in Panama City FL also working with Mr. Darrin Dunlap BKA DJ Dap who is currently the main DJ on Blazin 102.3 Tallahassee Fla ...20 yrs later, moved back to my home in Bedford Hts and started OMNi DJ Entertainment Company with my wife Carrie.