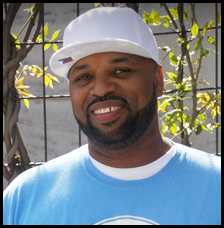 When it comes to making people dance Deejay Centipede is a major force on the turntables. You can always depend on Deejay Centipede to keep the crowd on their feet with his unique blend of mixes of old & new school, Hip Hop and House music. He has been rockin parties since the 1980’s where suede Puma, Kangol caps, shell toe Adidas and break dancing was at its prime, so he knows how to keep you on the dance floor all night.

A native of Cleveland, Ohio, Deejay Centipede has a unique style that is unmatched and commands attention. His unprecedented mixing techniques lay down nothing but pure energy and creativity. With a full arsenal of abilities and creativity as a DJ & remix artist, Centipede has been the winner of the King of DJ’s and DJ Royal Battles.

Currently, residing in Charlotte, NC, Deejay Centipede is the CEO of Regime Squad DJS, an entertainment group made of “mixtape masterminds. You can contact Deejay Centipede @ centipedemkm04@yahoo.com www.deejaycentipede.com 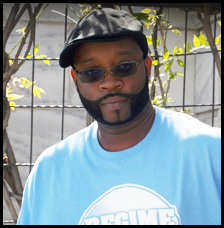 Julian Campbell a.k.a. Dj Blac Jac Bio I was living in New York and the year was 1995, when I was taught how to mix. My friend was on the turntables mixing house music. I told him I wanted to learn and he taught me. For the next two years he taught me how to blend music. He felt that anyone can scratch, but if a dj can blend you can keep the party going. One year later I came to North Carolina to go to college.

While in college my djing went to the next level, this was when I was introduced to art of scratching. I did all the parties and shows at the college. I also interned and djed on 97.9 late nights for Eddie Owens and Artie “The One Woman Party” mid-day mix. I did the Lost Boys concert for homecoming at the college I attended.

When I left college, I had a djing jobs at local spots. I’ve worked with many local promoters in many clubs like Faces, Savoy, Eight Tracks, The Tunnel, Crystals, V.I.P Lounge, Luna Lounge, Twilight, and Kilamanjaro both are reggae clubs, and several other venues.

I’ve djed numerous events such as weddings, birthday parties of all different kind of ages, and bar-b-ques.

Along the way, I learned more about feeling the crowd. This is when I met Dj Base, Dj Dice and Dj Short Dawg. Under their tutelage, I have grown a lot. I worked with several promoters like G-Mitch, Constant Entertainment, True-X Entertainment, and Three B’s Entertainment. 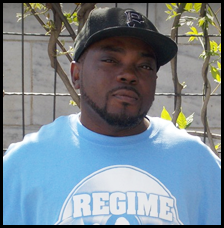 Being born on december 29 1972 as Rafel K Pinson, I had no idea 13 years later I will become Dj SHORTDAWG.

On my 13th b day,my older brother brought me my first complete dj set up and the rest is history.i started spinning professionaly in1994.

My first job was at club miamis inside the sheraton hotel.Thats wher i met Dj BLACMON..I became the house dj for about 6 months.After miamis,I went to club nitros a topless bar on beaties ford road..From there I went on to sports bar,which was another topless bar.

While working at the sports bar,I linked up with Dj Storm who later gave me a chance to play at the vintage on the blvd.After that i worked at staying alive downtown charlotte.From there the club moved to wilkinson blvd and was called 8 traxx,and thats where I made a name for myself.During my for year run at 8 traxx,i made numerous guest apperances on Power 98.

I also had the privilege to play in,Atlanta,South Carolina,Brooklyn,West V.A.,and Shanghai China with Dj Base.I also performed 2 shows with PMD and guest dj for Special ED with Dj Dice.

I was also the house dj for Mike Crowes tv show The Crowes Nest.That sums it up for me.Thats not the end of me yet may be in a city near you soon. 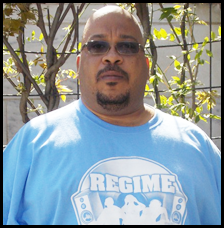 NATHANIAL CARTER JR [DJ CarterBoy] was born in Charlotte N.C in 1966, at a young age he became fascinated with music. He got his first look at the world of the deejays in 1980, he was hooked. One year later he bought his first set of turntables and never looked back, by 1992 he was one of the hottest street deejays in charlotte doing block parties all over the city. In 1996 he became the main deejay for Hollywood Sounds and over the next 5 years he opened up for acts such as Donell Jones, Adina Howard, Petra, Lil Kim and Jam Master Jay. Over the years he has played at many local clubs St Marks, Club Cameos, Studio 54, The V Lounge, Club Savoy, Club Royal. He has also has done Wedding Receptions, Private Parties of all kinds. Today he still lives in charlotte doing what he loves as a member of The Regime Squad Ds.